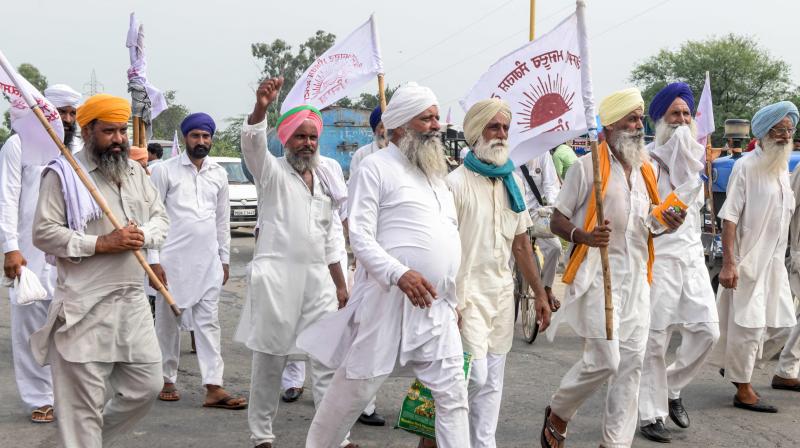 Although there isn’t any chance that I would ever vote for BJP, because of its Anti-Muslim and Ultra-Nationalist fringe elements, I differ on the Protests that have been going against the Farm Ordinances of the Central Government in Punjab, Haryana, and Western UP.

Two sides of the Same Coin

Over time, I have observed that the Economic Policies of both Congress and BJP are almost identical. They are a mixture of Socialism and Capitalism. So, if the government changes, we usually don’t witness too big of a shift in Policies related to the Economy, but a new regime comes with new energy and sometimes a Single Party Majority which makes it easier to pass reforms through Parliament.

When UPA wanted to bring GST, Narendra Modi (then CM of Gujarat), had vehemently opposed it and had called it an attack on State’s Fiscal Powers.

But, when they introduced it themselves, GST was regarded as the ‘One of the Biggest Reforms in India’s History’ and the day of its implementation was called a day of ‘New Independence’.

In their manifesto, Congress had also promised free movement of Farm Produce. But, now, when with this ordinance, BJP has brought this to reality. Congress has started opposing it.

These examples help us understand the Politics of Hypocrisy and Oppositionism in India. This isn’t just limited to a single Party but moves across party lines.

Three ordinances have been introduced by the President:

Now, these ordinances are all set to become Acts. They have been already passed in the Lok Sabha and will be passed in Rajya Sabha shortly.

Protests have been primarily organized against the 1st Ordinance.

What’s Wrong with it?

Because of the 1st Ordinance, which is related to APMCs, the Commission Agents (Arhtiyas) are likely to lose their job. If Farmers can sell their produce directly, What would Arhtiyas do?

Is it that simple?

Nope, not at all. Arhtiyas are like ‘Credit Cards’ for the Farmers. Farmers can get 15 to 30-day interest-free loan from Arhtiyas when their harvest is about to hit the Markets.

In return, When Farmer sells his Produce through Arhtiya, Arhtiya gets some Commission, which is his bread and butter. So, there is an Arhtiya-Farmer Mutualism.

How would the abolition of the Arhtiya system affect the Farmers?

It may be true that the government wants to do away with Direct Buying Operations. And then, the question arises, How would it deliver Grains in its Public Distribution System (PDS)?

Maybe, it wants to abolish that too. Questions have been raised on the efficiency of PDS, time and again & there have been suggestions to replace the PDS with the Direct Benefit Transfer (DBT). But, Here exists a problem of Artificial Inflation and lack of Adequate Banking Infrastructure.

Benefit = Now, the government would be left with a handsome chunk of funds. Although, not as much as it had earlier, because FCI borrows some Funds through Off-Budget Financing Route which won’t be possible now.

Challenge = The Government needs to use these Left Over Funds to make the Food Grains reach the BPL citizens at a cheap price and also ensure that they are procured from farmers at a reasonable price.

They obviously can’t Inflate prices because Government may then shift its policy related to Hoarding. And they also can’t procure from Farmer at Cheap prices because they would be obligated by the government to procure at a reasonable rate.

So, in this situation of hyper-regulation and uncertainty, Will anyone be willing to put in his capital?

The government can probably use the Left Over Funds to provide subsidy to the Corporates.

A base price can be set, below which corporates can’t procure the Farm Produce.

Fair Price Shops (FPS) can be given on contract to these Corporates and then, a ceiling Price can be set, above which those foodgrains can’t be sold to the Poor People in those FPS.

How it would help?

The future is yet to be seen. All Indian Parties have some Socialist Elements in them (as I mentioned earlier). These Ordinances can’t any bad to the Farmers if the Government takes care of some of the extremities and makes a fool-proof plan for the future.