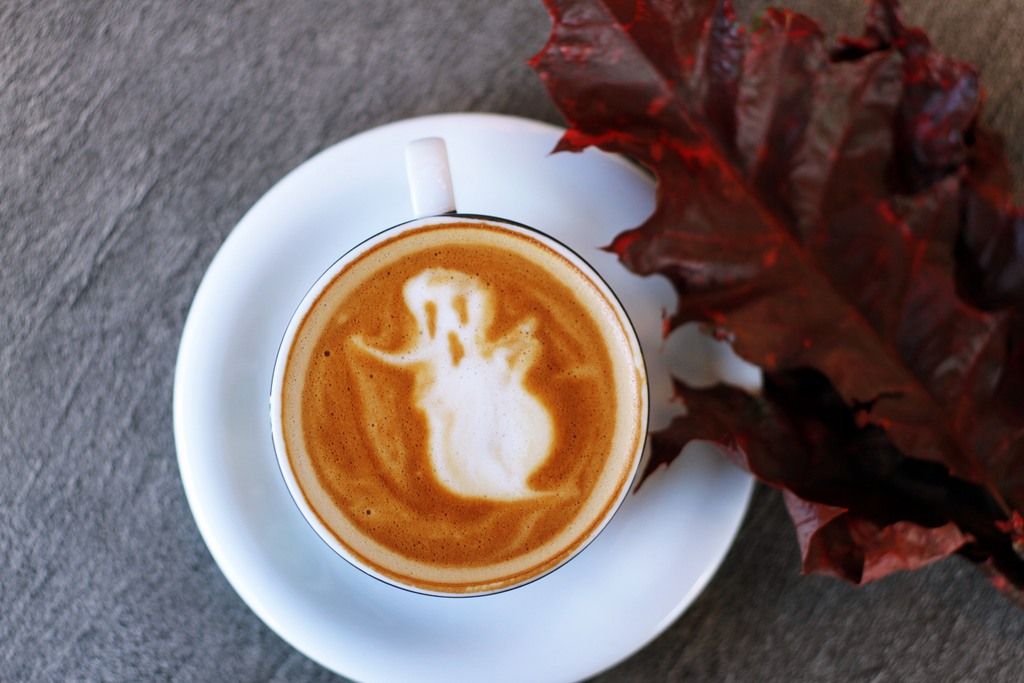 There are infinite theories about the Existence of Ghosts. But, still in all this debate and discussion, there’s a question which may come in minds of any rational person – Is there any scientific evidence that ghosts do exist? We will discuss all that in this article.

Acc. to a popular belief, Ghosts are basically the spirits or souls of dead people. Its believed that when some depressed people die than their souls don’t reside in heaven. But, they keep roaming around in this world only.

Ghosts can be differentiated into various types. Major ones are Friendly and Bad Ghosts.

Why you may feel haunted at some places?

If you ever feel haunted, then you can call Ghost Hunters who all have their so-called Scientific Equipment. But, if you want to opt the traditional route then there also exists a wide network of local ghostbusters who claim to have control over spirits.

But, what about Science. I agree that present-day Ghost Hunters claim to be in context with science but that’s just pseudoscience. Let’s discuss some real scientific factors which can make you feel like being in the company of a ghost:

A Scientist named Persinger conducted some studies1https://jcer.com/index.php/jcj/article/view/100 which suggested that being in an environment of Electromagnetic waves for 15-20 minutes can induce a perception that there’s some invisible man moving around.

Some other studies2http://vuh-la-risprt.herts.ac.uk/portal/en/publications/an-investigation-into-alleged-hauntings(20880cb4-a4d0-4d91-aaa5-7571d06e69b5).html also suggested the same results.

The questionable thing is that most haunted places also have a high amount of EM waves in the environment.

So, Is this just a natural phenomenon which is being perceived as Ghost?

In my primary school, teachers used to teach about frequencies of sound. But, I never knew that lower frequency sound can give rise to Ghosts3http://doc.wind-watch.org/sources-effects-lfn-1996.pdf.

This happened with an engineer who used to work in a Medical Equipment factory. He wrote in a paper4http://arpast.org/newsevents/articles/article59.pdf that factory labs had a reportedly Haunted Room.

But, upon investigation, it was found that actually, a fan was sending low-frequency waves into that room. These waves affect the body in surprising ways.

Research5http://www.nbcnews.com/id/3077192/ns/technology_and_science-science/t/infrasound-linked-spooky-effects/#.VipBFhCrSRs suggests that Low-Frequency Sound can cause disorientation, feeling of depression, sadness, chilling, annoyance, etc. This is literally gross. These are the symptoms which are generally associated with Ghosts.

Now, what do you think, do ghosts exist?

A story was published in the American Journal of Opthalmology6https://www.ajo.com/article/S0002-9394(21)90825-0/abstract talks about a haunted house. The family living in that house, famously called H family was experiencing really surprising things.

They used to hear strange voices at night – like moving furniture, etc. It was as if someone was holding them on their beds daily while sleeping.

The research found out that their furnace was leaked which was filling carbon monoxide into the house. And this was causing the Ghost Phenomenon.

Thankfully, this was found and fixed. After that, the H family lived in that house happily7https://www.thisamericanlife.org/319/and-the-call-was-coming-from-the-basement.

Carbon monoxide Poisoning can surprisingly cause a number of aural and visual hallucinations. So, keep it in check guys.

What if I keep telling you stories about the most ‘haunted’ places on this earth, for the next complete year. And then I take you to that place.

What should I expect from you then? If you are a normal human being then there are chances that you will at least witness a little paranormal shit.

This is exactly what was found in research8https://www.frontiersin.org/articles/10.3389/fpsyg.2014.01289/full. If you keep hearing from somebody that a certain place is haunted then two things can happen.

Either you pull your socks and prove that person wrong. Else, your probability to experience something strange at that place will wildly increase9https://pdfs.semanticscholar.org/7e6c/c1b390cc982d7e254fb2c59eacf0cc361c66.pdf.

Research10https://www.ncbi.nlm.nih.gov/pubmed/19854819 has found out that “Human exposure to molds, mycotoxins, and water-damaged buildings can cause classic neurologic disorders including pain syndromes, movement disorders, delirium, dementia, and disorders of balance and coordination.”

Surprisingly, Haunted Places also have a healthy population of toxic molds and other bushes.

So, Is this the real culprit behind Ghost Phenomenon?

This is a serious issue dude. Especially in India, People do a heck lot of mad stuff to prove that a mental disorder is actually a Ghost Possession. Rationality is just grazing in lawns, I guess.

Here, I will mention some of the most common Psychological Disorders associated with the Ghost Possession thing.

In it, a person develops various personalities or the Mental States11https://en.wikipedia.org/wiki/Dissociative_identity_disorder. These states alternately show in that person’s behavior presentations, however, are variable. This condition is usually followed by memory gaps. It is usually perceived as a Demonic Possession.

But, in reality, the case is completely different. The patient should be properly diagnosed and treated.

In it, the patient’s limbs start moving automatically12https://en.wikipedia.org/wiki/Alien_hand_syndrome. It is a rare disorder but an equally strange one. These type of syndromes are most prone to be associated with some ghost possession stuff.

This syndrome is usually observed after Brain Surgery of the patient. We should work closely with a Medical Practitioner in such cases.

Can you believe that there’s a Psychological Disorder which can make you speak in a completely different accent? Its the Foreign Accent Syndrome13https://en.wikipedia.org/wiki/Foreign_accent_syndrome.

In India, people commonly claim that somebody speaking in a foreign accent is possessed by a Goddess. This is literally not true.

One thing I must clear about these Psychological Disorders is that people even mock the symptoms for personal reasons.

Like in some societies, a person depicting symptoms of ‘Dissociative Identity Syndrome’ is considered Sacred. There are also other cults prevalent in different parts of Earth which make humans do such actions.

The list of such Psychological disorders can go on. But, the point is, there’s nothing called Ghosts.

These are perfectly explainable scenarios. And we should move on from Supernatural stuff now.

How big is the industry related to Ghosts?

This industry is one of the biggest employers in the world. People work in an unorganized way but still millions earn their bread and butter from the industry related to Ghosts or Spirits.

I guess you must have some idea about Halloween. Its a festival celebrated basically to ward off ghosts14https://www.history.com/topics/halloween/history-of-halloween. There are various other beliefs associated with it too. The most interesting thing is a survey by the American Retail Federation.

It claims that the public will spend around 8.4 billion dollars in preparation for this event. It’s a big number of guys and gals. Like this, a lot of festivals15https://www.travelocafe.com/2013/03/5-ghost-festivals-around-world.html relating to ghosts and dead people are celebrated all around the world where millions of dollars are spent.

It’s a beautiful business. Owners build professionally designed Haunted Houses. At first, They need to spend a good amount of money. But, then that ‘Haunted House Building’ transforms into a ‘currency note printing machine’’.

Haunted Houses get an average footfall16https://www.hauntworld.com/haunted-attraction-information of around 7000-8000 people. But, this number can touch around 100,000 for bigger studios. These places claim to provide a safe but scary experience for the public. And fee per head17https://www.forbes.com/sites/lizalton/2016/10/31/halloween-is-big-business-an-inside-look-at-the-haunted-house-industry-with-larry-kirchner/#66cf6ae210d1 moves from $15 to more than a $100.

Halloween and Haunted attractions generate over one billion18https://www.nbcnews.com/businessmain/its-aliiiive-haunted-house-industry-scares-big-money-8C11334306 dollars through ticket sales.

Looking at these numbers, the Idea of ghosts seems equal to money for these businesses.

There are various Hotels around the world where it’s rumored that Ghosts move around there. If you are daring enough, then it can cost around $100 to stay in those places each night. The upper tier can even make you pay more than $300 for a single night stay19https://www.ranker.com/list/haunted-hotels-in-america/mariel-loveland.

Now just imagine the business associated with these places. Owners are for sure needed to spread various rumors about their so-called Haunted Hotels.

Whatever, they are earning big by marketing the dead people20https://qz.com/work/1114401/a-business-trip-to-a-haunted-hotel-showed-me-the-power-of-the-paranormal/.

A number of Haunted movies are released every year. These are claimed to be ‘strictly inspired’ by Real Life Ghost stories. Guess what? These movies unsurprisingly earn billions21https://www.forbes.com/sites/simonthompson/2018/10/02/the-13-highest-grossing-r-rated-horror-movies-of-all-time/#1dbc2b465a10 of dollars by inducing chill in the spines of people.

If the marketing of a haunted hotel isn’t working then just release a movie on that same story and boom baby! You will bath in currency notes. People are just mad about these type of things.

Do you know? Being a paranormal expert can be a really amazing thing. You can earn millions by fooling lame people. In India, Paranormal experts charge22https://economictimes.indiatimes.com/magazines/panache/in-search-of-the-unknown-the-tussle-between-paranormal-researchers-and-rationalists/articleshow/58757343.cms ₹ 10,000 to ₹ 20,000 for just the primary investigations.

But, providing a remedy can help you earn around a ₹100,000. Various scientists have directly contradicted all this as pseudoscience but still, people stuck in problems, love to pay them anything.

If not millions, fear of ghosts is helping thousands of people to earn their bread and butter. This is a big enough reason to keep the common people in the illusion of ghosts.

Moreover, people just love to assume things about superpowers – God, Spirits, Ghosts, Aliens and what not.

I have talked with a ton of people about this. And one thing has surprised me everywhere – their strict belief.

A survey conducted by YouGov23https://big.assets.huffingtonpost.com/ghosttoplines.pdf shows that only 28% of the ‘Ghost Believers’ have actually witnessed some Ghost Activity in their lives.

Others just believe blindly believe in the stories. And start assuming that Ghosts are real. This causes the Suggestion Effect as discussed above.

I hope that this article has helped you learn something new and worthwhile. I am on a mission to end Superstitions so that humans can sustain longer on this earth.

Many people have a question – Why we Live if there is no God? I have actually written an article to answer this question. You can read that here.