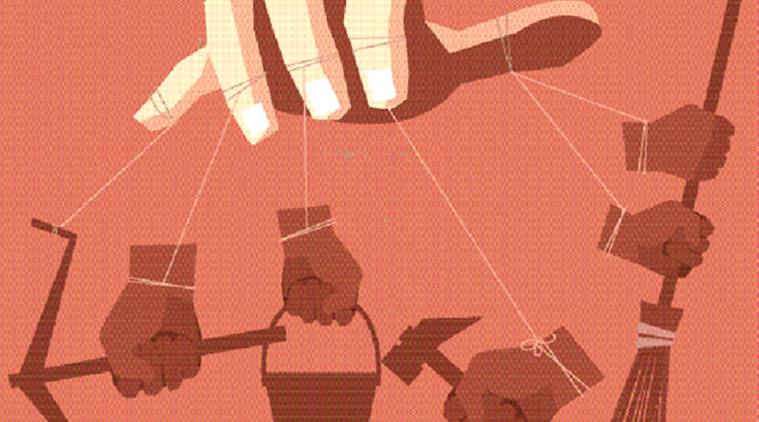 In the western world, there was a class system and in the eastern world (specifically India), there was a caste system. These systems were nothing but a method to divide people so that it gets easier to rule over them. But over time, the sense of belonging to a caste/class got deeply engrossed in the minds of people.

Divisions (i.e. classes) in Class Systems were comparatively dynamic, as people could move across classes by losing or gaining wealth. But, divisions (i.e. castes) in Caste System, were as rigid as an iron block.

When I was a Kid

I have been brought up in a “Jatt Sikh” family (Jatt is a caste here and Sikh is Religion). I have studied in a good ‘English Medium’ school. Talking in class terms, I had a middle-class upbringing.

Our village was a big one. There were people from many castes and religions residing over there. According to Census 2011, 41% of the village’s population belonged to Scheduled Castes.

At that time, I never noticed any active discrimination taking place over there. But prejudices were present against people belonging to Scheduled Castes in the minds of other people.

She is in no way an ideal symbol of non-discrimination. But still, she doesn’t perform too badly on the expression of equality index when we bear in mind that she has attended formal school just for 2-3 years.

Any discrimination she does these days based on caste was a part of her upbringing. And it’s hard to understand her perspective when we look at her as an outsider who believes inequality.

The most common discriminatory thing she does is to assign people with their caste for quick reference.

Example – “Jhoran de chote munde da naam ki aa jihna di workshop aa?”. It means “What is the name of the younger child of Jhor people who own that workshop?”

One more thing she sometimes does is to use the name of a Scheduled Caste as an abuse.

In terms of the scale of sense of equality, they lie b/w my grandparents and me. They had no strict sense of being Jatt. They seldom used any casteist slurs.

But, inter-caste or inter-religion marriage is something they might have never got into. I mean, even in their mostly non-discriminatory minds, establishing relations with a person out of their religion/caste was a BIG NO.

In essence, they were better versions of my grandparents but still had some flaws. One point to note is that both of my parents had got more than 10 years of formal education.

In-School, we (me and my friends) had no idea about our categories (General / SC / ST) when we were once asked to fill it in a form. In College too, we don’t have any knowledge about the caste of other students.

Counting from my grandparents, I am born in the 3rd Generation. People of our generation can never look at other people through a lens of caste because it has zero relevance in our daily lives.

We have spent most of our lives in schools and colleges, continuously acquiring formal education. So, our way of thinking is completely different from our parents or grandparents who have spent drastically less time informal educational institutions.

A Talk with my Grandmother

A few minutes ago, she used the word ‘Ghumar’ to refer to a family that had sent us sweets on the occasion of their son’s wedding (Ghumar is a caste).

To know her state of mind while using that word, I asked, ‘What is Ghumar, Bebe?’ She didn’t know how to answer my question. So, she made an effort by sharing the location of their homes.

“So, we call the Ghumar because they have their houses located over there?” I introspected.

To this, my grandmother innocently replied that she is calling them ‘Ghumar’ because everybody in the village calls them so.

To explain her point further, she told me that they (Ghumars) will refer to us as ‘Jatts’ in their conversations.

This explanation of hers proves one thing, that whenever people use the ‘caste words’, they don’t always mean to disrespect someone.

Upon further interrogation, she told me that until the last 10-15 years, the caste divide was very stark. People discriminated in every aspect of life with the people of ‘lower castes’.

But now, Teachings of (Sikh) Gurus are popular and the ‘lower caste’ people have got good jobs due to government’s reservation policies. So, the situation has improved.

In the past, castes of people were decided by the work they did.

Example – ‘Ghumar’ was called so because they knew the art of making pots.

Traders were called Bania and so was their caste.

On this basis, people who did less remunerative work were regarded to be belonging to a ‘lower caste’.

This way, ‘upper castes’ exploited the ‘lower castes’ for hundreds of years. Nowadays, as the political system is democratic, governments have been working for the upliftment of ‘lower castes’ through various schemes and policies.

So, the situation is improving. Moreover, in addition to that, education is also helping to destroy the caste barriers. We can expect that the caste system will become extinct in the next 2-3 generations.